“After she had weaned him, she took Samuel, young as he was, to the house of the Lord at Shiloh…Hannah said to Eli, “Excuse me sir, do you remember me? I am the woman you saw standing here, praying to the Lord. I asked him for this child, and he gave me what I asked for. So I am dedicating him to the Lord. As long as he lives, he will belong to the Lord.” (1 Samuel 1, 24 – 28)…The boy Samuel continued to serve the Lord, wearing a sacred linen apron. Each year, his mother would make him a little tunic and take it to him when she accompanied her husband to offer the yearly sacrifice. (1 Sam. 2, 18 – 20) 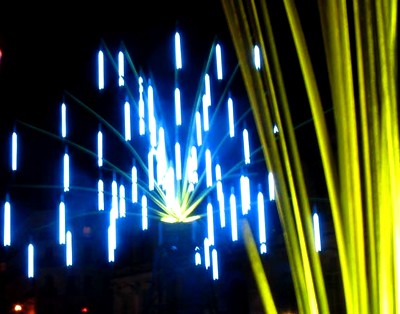 What a touching image the biblical writer offers in this passage! Let us try to imagine the young Samuel with his father and mother on their annual visit and Hannah producing the new tunic which she made for him every year. He must now take off the one he has been wearing for the past year which has become a little tight and shabby. But he was comfortable in it. Now he must put it aside and don the new one which perhaps seems too big and too stiff, an unfamiliar garment that he doesn’t yet recognize as his own. But he will grow into it in time as he grows in the presence of the Lord in the Temple. This is what his mother explains to him as she removes his old tunic and puts on the new one which she has made with such care.

Why do we find this image so appealing?
Does it speak to us in some way?

Perhaps as we begin a new year, we have something we need to leave aside…something that holds us…habits that imprison us.
Perhaps we need to grow in freedom in some area of our life, where something has become too confining…worn?

Jesus himself “though his state was divine…he emptied himself to assume the condition of a slave” (Philippians 2, 6-7).

This year we, Sisters of Marie Auxiliatrice, are preparing for a Chapter of the Congregation. We will doubtless be called to let go of some things, great or small, but things to which we are attached; to let go in order to be freer to “put out into the deep water” in our following of Christ.