With Refugees in London

Since she retired and after a Sabbatical, Sr Frances Mary works as a volunteer for the Jesuit Refugee Service in the centre of London.

It all began a week before Christmas. I had finished my work in the detention office and was getting ready to go home.
We have two offices at Wapping, one working with refugees who are detained and the other with those who have been released but remain completely destitute. The latter provides food. companionship, prayer and some monetary help to aid with travel.

I work in the detention office, documenting files and speaking to detainees on the phone. At the time I did not know very much about the released people, so when I saw other volunteers packing some toiletries. 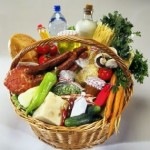 I asked some questions like who are these for? can l help? I was welcomed with open arms and began to ask further questions. It was explained to me that a hygiene pack was given on a Thursday once a month to our guests who visit. The pack consists of tooth brush and tooth paste, moisturizer, shower gel, sanitary towels for women and deodorant. There are places where the asylum seeker can go for a shower, so at least they can feel clean and refreshed. I asked who supplies these and was told “they are purchased with the donations given”.

It was Christmas time and my mind began to turn, was there any way that I could make a difference and inform people about how they might be able to engage.

When I shared my thoughts at home in my community, Carmel suggested, why not propose it as a Lenten project at OLM?

After Christmas I mentioned it to the parish coordinator. I was told it was too early to think about Lent and there were other projects to consider, but I could get in touch later.

I thought if it is to be it will be, and I left it at that. Then about two weeks before Lent I got a message to get in touch with the parish team regarding the project. I was told that my project was chosen. I was wild with delight and spoke with the parish priest to check that it was ok. He asked me if there was anything else so I told him about the weekly bus pass that is also given so that the detainee can sign with UKBA to prove that they have not absconded.

It is now approaching the fourth week in Lent and the goods have been pouring in. On the first Sunday I gave out literature after each Mass to promote and explain why we were collecting, what was needed and what type of people were being helped.

Louise Zanre, the director, came last Sunday and spoke at all Masses. She stayed the night with us and we were delighted to host her.

So it is amazing what one small question can do.” Can I help?”

What if I had gone home and put my feet up? The Lord uses every occasion to make his Kingdom come.

We are now in the throes of getting the goods we are collecting to Wapping in east London. On Saturday, Niall a Jesuit is collecting and on Sunday a parishioner.

Words cannot explain the joy it has given me and others to be of some help to those who have nothing. 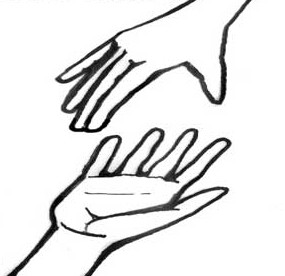