It is possible to find God in all things

Margarita Foley shares her discovery of Emotrance and introduces us to the physical and spiritual benefits she experiences in this therapeutic practice. 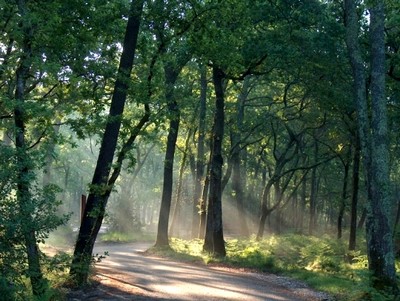 “It is possible to find God in all things”. If I have ever doubted the truth of the above statement, I recently had the most wonderful confirmation of how we can find God in the `everyday’ of our lives.

Previously, like many thousands of others across the globe, Silvia had been an assiduous practitioner of EFT which was an innovation from Thought Field Therapy by Roger Callahan. Details can be found at www. emofree.com which is the website of Gary Craig who founded it.

I discovered EFT in 2002. I was amazed at how making a statement of whatever is a problem causing emotional disturbance and tapping on acupuncture points on the body could produce such emotional release and feelings of well-being. I thought things could not get any better until I found Emotrance. I love simple ways that fit easily with our body and Emotrance seemed to be the answer. By being aware of where feelings may be stuck in our body, and by placing our attention there through the power of intention, we can release blocked energy caused by emotional disturbance. It is like a mantra: “Where is this feeling in your body?”, “Soften and Flow”. This is the basic technique. The applications of the technique are many and varied. But I leave you to investigate further for yourself.

Each year there are presentations at the Conference of how many different people have used Emotrance in their lives. There was a presentation on “Relationship with Food” by Kim Bradley and Louise Bliss. We were asked to be aware of our feelings about many different kinds of food. During one of the exercises, we were asked to think of a food with which we had an addictive connection. I immediately thought of the lovely Belgian chocolates with the gooey centres which I love. I got in touch with why I was so attracted to them and realized it was because of the promise of delight they held.

I became aware of some words of the hymn “Ave Verum” which when translated read “The Eucharist which contains in it the taste of every delight”. At that moment, I had enlightenment and realized that what I am really seeking is the delight promised by the Eucharist. It was a moment of such joy to realize this because for me the Eucharist has in itself the promise of every delight. From that moment Belgian or Swiss chocolates no longer hold such promise. They have delivered their message. It was a moment where God met me and gave me great joy. Now I can give thanks that we can truly meet God in all things. And I am so grateful to Emotrance which led me to this beautiful realization.