For those of us who ever lived in the Manor House, Finchley, North London, where the Parish of St Philip had its beginnings, this celebration was a very joyful occasion. His Eminence, Cardinal Archbishop Vincent Nichols of the Archdiocese of Westminster presided over the concelebration of the Mass. He was assisted by eight other priests from the local parishes of the Barnet Deanery together with members from the Xaverian and Consolata Congregations who live in Finchley. Four Sisters, Frances, Eilis Elizabeth and myself were there on behalf of Marie Auxiliatrice. We had been invited to participate by doing the Readings, The Psalm and the Prayers of intercession.
At the beginning of the Mass Cardinal Vincent gave the four of us an exceptionally enthusiastic welcome. Although it is over thirty years since the Congregation moved out of the Manor House and the Parish of St Philip we have not been forgotten, indeed remembered with great reverence and affection by all who knew us. A sizable number of Manor House past pupils and the first pupils of St Theresa’s Primary School were in attendance.

Throughout her years of service as a Parish Sister, Sister Mary Thomas More, and as organist who trained the first coir members, Sister Pauline Mary Clarke, left an indelible mark on the parish. In the course of the evening, several references were made to the contribution the Congregation made to the Archdiocese and the Catholic population of Finchley by allowing the use of our Convent Chapel for Parish Masses. On the 14th September, 1919, exactly one hundred years to the day, The Parish of St Philip’s was inaugurated in the Manor House Chapel. The Sacraments of Baptism, First Communions, Confirmation, and Matrimony were held there until a site at the junction of Regent’s Park Road and East End Road, where Gravel Hill is now, was purchased in 1925 and preparations for the building of St Philip’s set in motion. Funerals were celebrated in the intervening years in Our Lady of Dolour Parish, Hendon. The new Church was not finally completed until 1960. 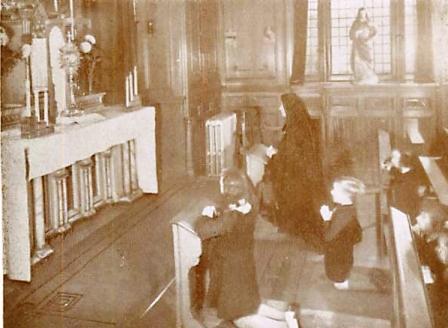 We were each given a copy, and in my case several copies of the Centenary booklet and a blessed candle and prayer leaflet at the end of Mass. In the course of his homily Bishop Vincent repeatedly thanked the sisters for the part we played in the growth of the Church in Finchley. He asked us to hold unto three points from this celebration, and these were, remembrance, joy and the desire to serve as these three points were the hallmark of St Philip’s in the last Hundred years. At the request of the hierarchy, the Manor House Grammar School was founded in 1925, St Theresa’s Primary in 1966. From the beginning until the Sisters left the parish, they played, in collaboration with a dedicated cohort of lay parishioners, a vital role in the catechesis of children and adults, social clubs, garden parties, in many fundraising ventures. All this was alluded to and gratitude expressed in the course of the evening. 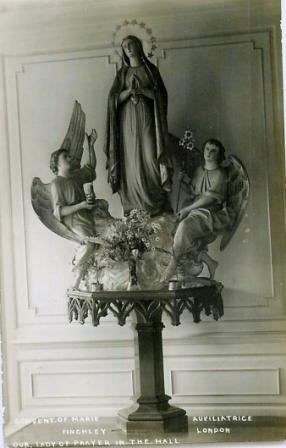 The evening ended with a celebratory buffet, ceremonious cutting of the Centenary cake by Cardinal Vincent, much cheerful banter and the resolution to make the next hundred years as memorable as the first. Let us all do our best to live up to this challenge.
Sr Carmel Mary Ring 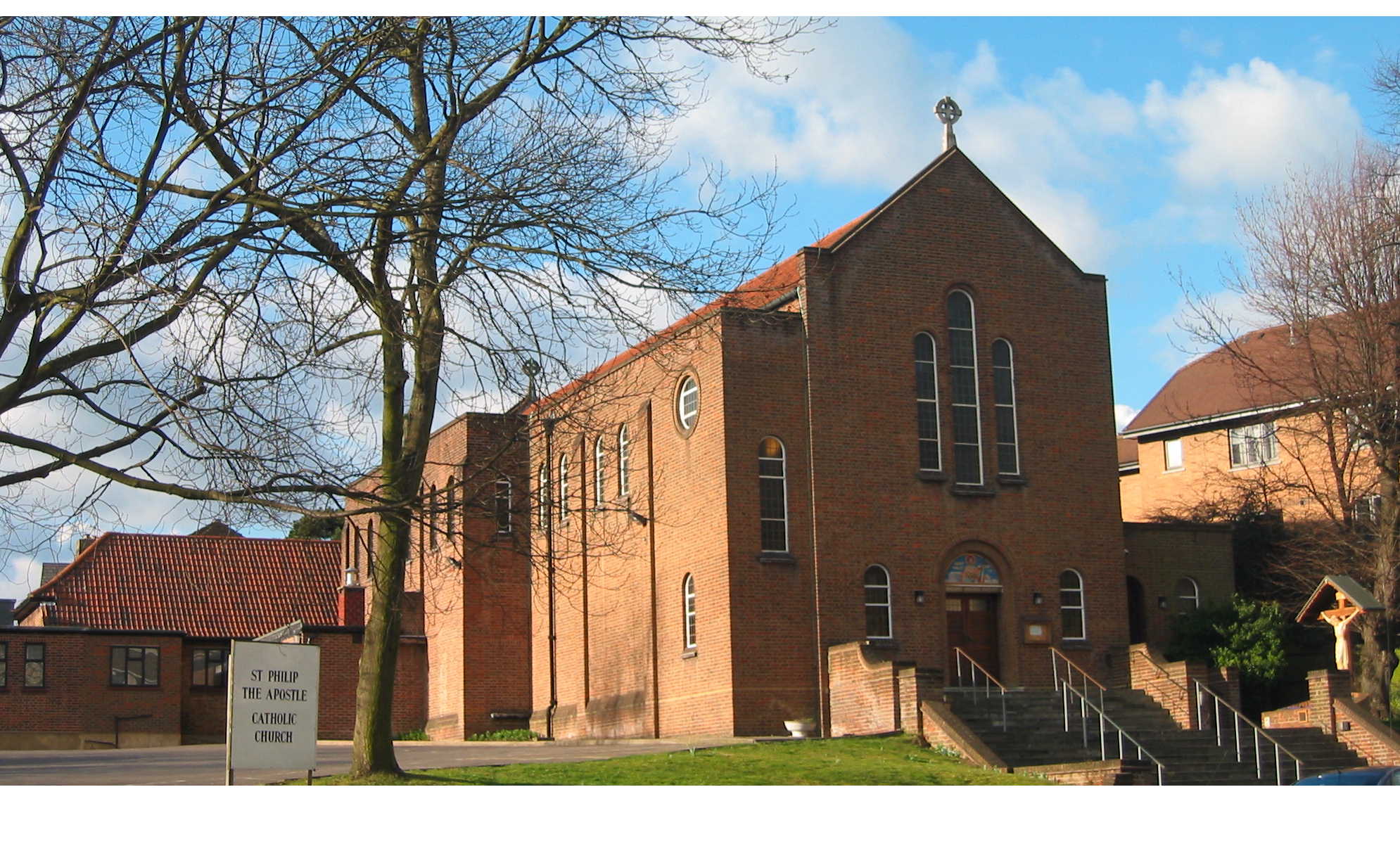