Survivors of the 1945 U.S. atomic bombing of Nagasaki expressed strong resentment over the Japanese government’s policy not to sign or ratify the Treaty on the Prohibition of Nuclear Weapons when they met Prime Minister Shinzo Abe here on Aug. 9. “Which country’s prime minister do you think you are?” …

remember and pray for the victims of the atomic bomb attack.. On the eve of the anniversary there was an interreligious ceremony for the victims of atomic bombs. Pastor Fuji representing the protestant churches of Nagasaki (he is also one of our past pupils) gave a homily at the beginning of the service. Then the Buddhist monks sprinkled water and scattered lotus blossoms. The Shintos who serve in the sanctuary did a dance for peace. The Catholics represented by Mgr. Takami offered water. After a time of prayer in silence the young people placed lights around the cenotaph. The small children from the kindergarten school prayed aloud for peace.
The requiem service, the musical expression of each religion while different, was a united prayer for peace and for the victims.” May there never be another Nagasaki ! May Nagasaki be the last place where an atomic bomb is dropped! “

On the following morning August 9th there was a national commemoration in the Peace Park. Among the messages that were expressed I was touched by that of the Lord Mayor of Nagasaki “ Even if our city is small we must not give up trying, if we join forces our hope for peace can move the world. It is true that if each one does not make a little effort nothing will happen. The word Hibakusya (atomic) is engraved in my heart. Nuclear war and human life cannot live together in peace » 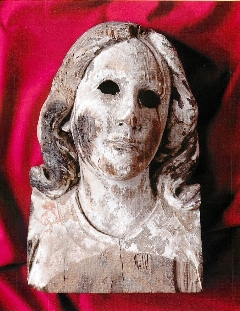 In the evening there was a Mass for Peace in the Cathedral of Urakami where children took a very active part .People who experienced the war are getting older and they want to ensure that the next generations know about the horrors of war. The statute of Mary damaged by the atomic bomb and the statue of Our Lady of Fatima were placed side by side next to the altar as an invitation to pray for peace in the world.

After Mass there was a procession in which the statue of our Lady damaged by the bomb was carried to the Peace Park. Along the way we prayed the rosary and carried lights. Even though each light was small as the Lord Mayor had said, together it became a river of light. It is so important to spread the light and pass it on to others. We saw many people who came to pray and this continued late into the evening.